This post is part of the O’Canada Blogathon hosted by Silver Screenings and Speakeasy. Click here to view the other articles being exhibited during this event. 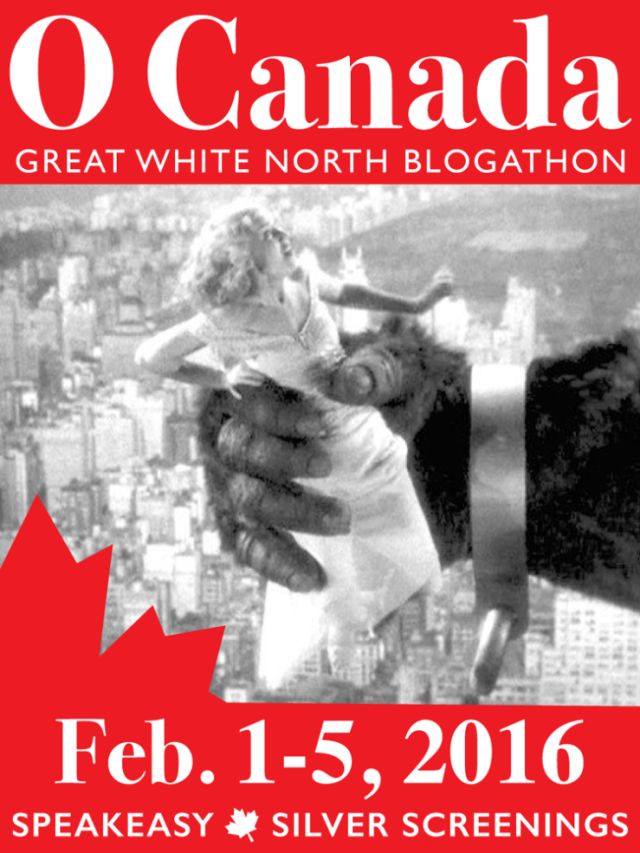 The United States is known as the movie capital of the world, but that doesn’t mean that all prominent films are made in America. During the years Canada has contributed a lot to cinema by producing an array of successful films and for being the location of several notable motion picture studios.

In addition to it’s remarkable approach into the film industry, Canada is also the home of a plethora of past and present stars who hold a prestigious reign over Hollywood. Some of these names include, Mary Pickford, Walter Pidgeon, Louis B Mayer, Norma Shearer among others

The lush Canadian backdrop is also an eminent feature in American films. Every year Hollywood is producing extravagant motion pictures that showcase the exquisite locales of Canada and the vestige plateaus that make Canada a tourists dream destination.

Among the myriad of films that spotlight Canadian scenery is the 1948 perennial classic, Johnny Belinda, a meritorious cinematic staple that explores the life of a deaf mute who resides in the Maritime Province of Nova Scotia, a seaside town situated in Eastern Canada.

Accompanying the picturesque rocky shores of Novia Scotia featured in Johnny Belinda is the assembled cast of stellar players that highlight this enduring classic that was nominated for thirteen Academy Awards.

Johnny Belinda is directed by Jean Negulesco and produced by Jerry Wald. The story is based on a real life incident that took place in Fortune Bridge on Prince Edward Island, and revolves around the life of Lydia Dingwell from Dingwell Mills.

Apart from the story being based on factual events, Johnny Belinda was also derived from the 1940 play of the same name by Elmer Blaney Harris.

Headlining the film is Jane Wyman, the critically acclaimed actress who received an Academy Award for her commendable portrayal of Belinda McDonald, a young deaf mute who resides on a farm in Cape Breton with her father, Black McDonald ( Charles Bickford ) and her aunt, Aggie McDonald ( Agnes Moorehead ).

For years Belinda had been trapped in a world of isolation, but she is gradually released from loneliness when she is befriended by the towns doctor, Robert Richardson ( Lew Ayres ) a notable physician who witnesses Belinda’s intelligence and ventures into teaching Belinda sign language.

Problems arise when Belinda is raped by Locky McCormick, an impenitent local fisherman who is engaged to Dr. Richardson’s secretary, Stella ( Jan Sterling) , but once the family discover that Belinda is pregnant all hope is crushed. To further complicate matters, Belinda is unable to correspond and express the iniquity which only causes speculation when the whole town starts insinuating about Belinda and Dr. Richardson.

Johnny Belinda was a turning point in the career of Jane Wyman who attained the Academy Award for her performance. After her impressive appearance in The Lost Weekend, Wyman’s status at the box office had escalated. In 1946, she received an Oscar nomination for her role in The Yearling, but it wasn’t until she finally walked home with the statue for Johnny Belinda that her success would reach an even higher pinnacle.

Jane Wyman wasn’t the only one who received wide encomium for her role; the film itself obtained an Academy Award nomination for ‘Best Motion Picture’, and remains memorable for the fact that it is the first film since the Hays Code was rigorously enforced that promulgates rape content, a subject matter that had previously been prohibited by the Motion Picture Production Code.

Joining the Oscar circuit was Agnes Moorehead and Charles Bickford, who attained Academy Award nominations for their roles. The character of Aggie, played by Agnes Moorehead was definitely worthy to receive the award, but sadly she lost to Claire Trevor who won for her appearance in Key Largo. 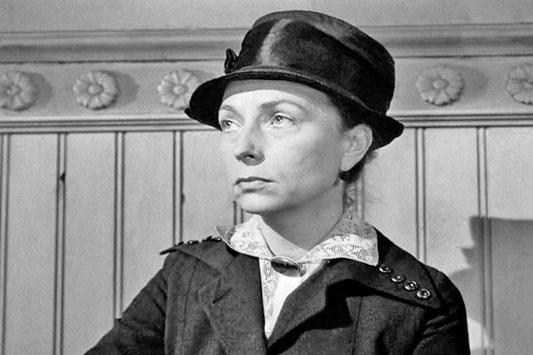 Agnes Moorehead was one of cinemas most renowned character actors. Before her legendary portrayal of Endora in the classic television series, Bewitched, Moorehead had been enthralling audiences with her depictions of acidic and feisty human beings that she quite often portrayed onscreen.

One of her most famous performances was that of Aggie McDonald in Johnny Belinda. As Aggie, Agnes Moorehead went through a personality metamorphosis from imperious to caring. In the events leading up to the rape, Aggie had been treating Belinda with contempt, but once she found out that Belinda was pregnant her thoughts switched to the welfare of her niece, and the fact that Belinda was immersed in laborious duties around the farm began to outrage her. 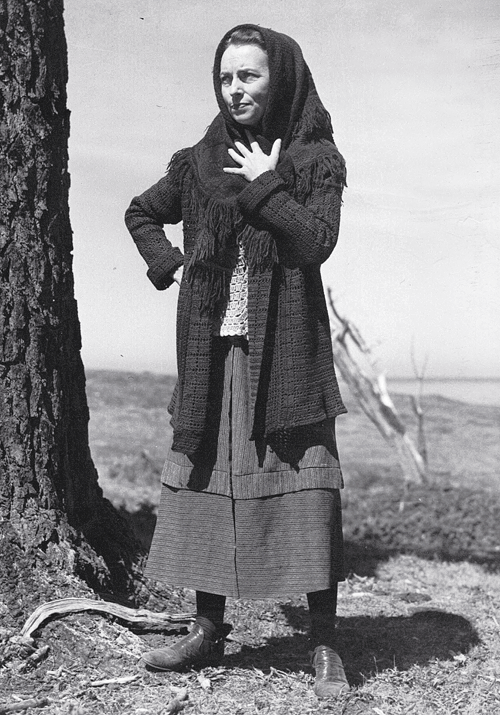 As for Jane Wyman in the central role of Belinda McDonald, she spent the entire movie in complete silence. Instead of relying on the dialogue to pull her through the film, she employed adroit facial expressions and displayed mountains of emotion while young Belinda transitioned from her bleak solitary existence to an all new way of life and understanding of the world which was taught to her by Doctor Richardson who flooded Belinda with adoration and affection while making her believe in herself.

Lew Ayres in the role of Robert Richardson, the struggling but dedicated physician of the fisherman village in Nova Scotia is the hero of the film. He’s the one that witnesses Belinda’s innate intelligence and is eager to teach her sign language and lip reading. In order to do this he must overcome the scepticism of her father and aunt, which he does successfully and gradually makes himself a prominent figure in Belinda’s life. 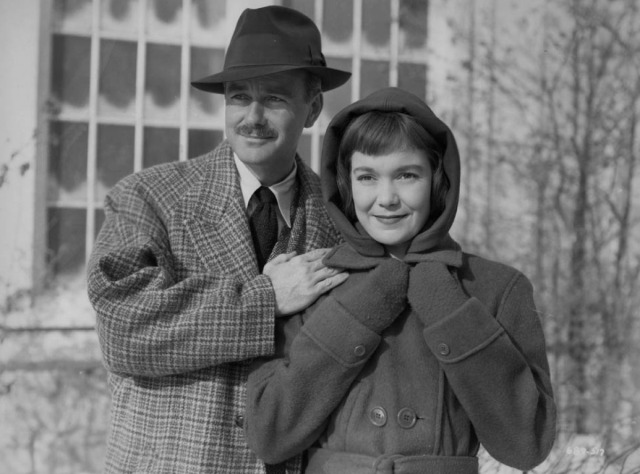 Another redeeming feature of Johnny Belinda is the masterful cinematography by Ted McCord, which is accompanied by an astute script and Max Steiner’s superb music score.

Johnny Belinda is a cinematic masterpiece that showcases the indelible talents of four distinguished stars who hail from the pantheon of Hollywood’s finest actors. This is a film not to be missed.

Jane Wyman‘s Oscar acceptance speech is reportedly the shortest on record for Best Actress: “I won this award by keeping my mouth shut and I think I’ll do it again.” SirJohn Mills bowed and said nothing after winning Best Supporting Actor for playing a mute in Ryan’s Daughter (1970).

Although set in Nova Scotia, the film was actually made in California.

Jane Wyman became the first person, actor or actress since the silent era to win an Oscar without uttering a word, after sound was created, just before The Jazz Singer(1927) was filmed.

Widely considered to be the first Hollywood film to openly tackle the subject of rape.

Dr. Robert Richardson: “There’s only one shame – failing a human being that needs.” 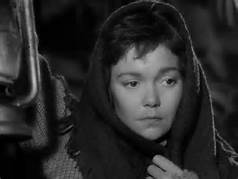 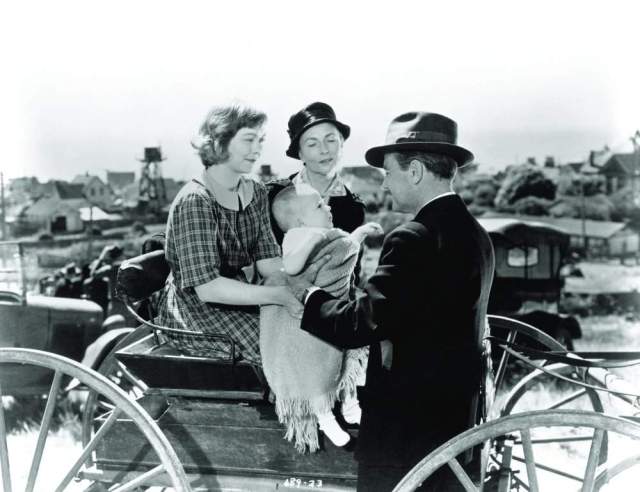