THE BRIDE GETS THE THRILLS! FATHER GETS THE BILLS! 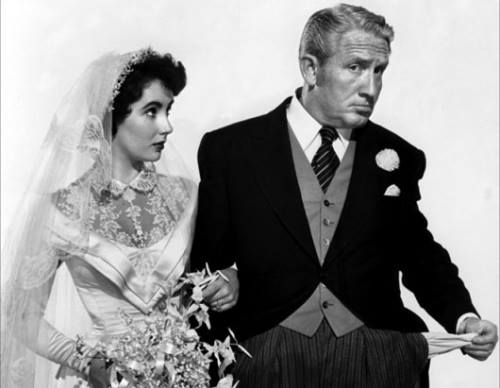 Vincente Minnelli was one of Hollywood’s most prolific directors. In a career than spanned almost fifty years, Minnelli explored almost every genre of film from behind the lens and garnered critical acclaim for his lavish musical extravaganzas in which he was mostly associated with.

In addition to his outstanding directorial efforts in musicals, Vincente Minnelli also made a special approach into comedies and melodramas where he directed an array of films that have since become staples. In 1950 he received recognition for his work in Father Of The Bride, a perennial comedy classic starring Spencer Tracy and Elizabeth Taylor.

Father Of The Bride first came to life in 1949 when Edward Streeter’s novel of the same name was published. The following year it evolved into a successful motion picture that would pave the way for innumerable remakes and sequels, the most famous adaptation being the 1991 version that featured Steve Martin in the central role of Stanley Banks.

From the moment the book was released, MGM immediately purchased the film rights for $100,000. Shortly after, Jack Benny began imploring Dore Schary about casting him in the role of Stanley Banks. Schary agreed and automatically thought that it would be the perfect showcase for Benny, but much to the chagrin of Benny and Schary, Pan Berman who had sole responsibility over the project dismissed the idea and started campaigning for Spencer Tracy in the lead role with Vincente Minnelli as director and the screenplay by Frances Goodrich and her husband Albert Hackett. 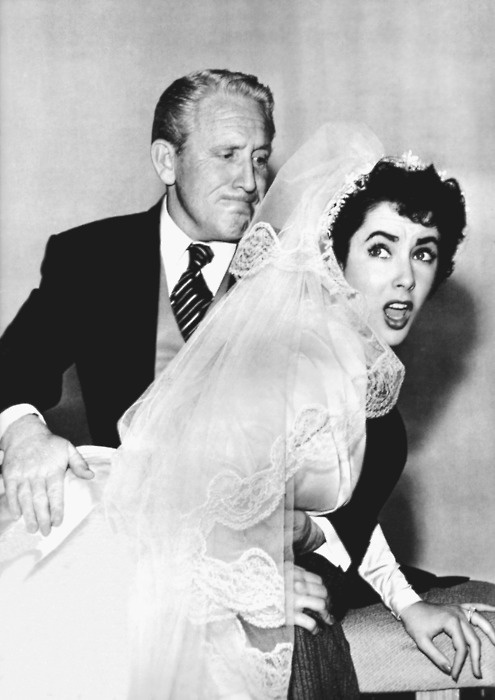 Spencer Tracy originally wanted Katharine Hepburn to play his wife Ellie Banks, but studio executives weren’t partial to the idea. They thought that the partnership of Tracy and Hepburn were to romantic to play a domesticated married couple with three children. Instead Joan Bennett was assigned the role. 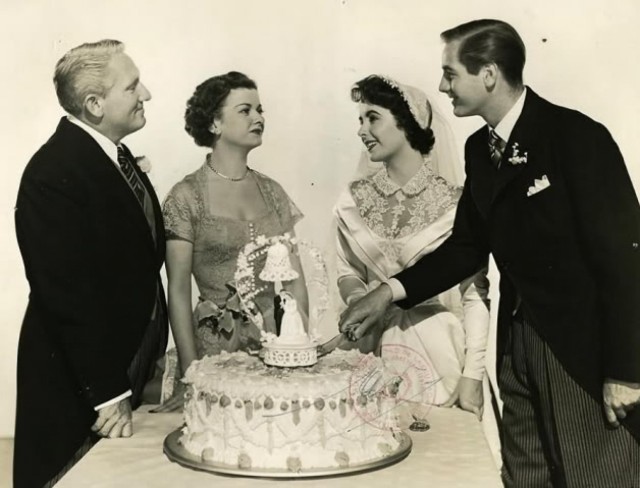 At the time of filming, Elizabeth Taylor was in discussions regarding her upcoming marriage to Nicky Hilton that was set to eventuate two days before the première of Father Of The Bride. This was the perfect event for MGM to exploit, which meant that Taylor’s wedding to Hilton would be plastered in every publicity campaign for the picture.

The films plot is simple and commences with opening shots of Stanley Banks ( Spencer Tracy ) sitting in the resulted chaotic mess of a marriage ceremony and reminiscing back to three months earlier while he flawlessly captures the awkward wedding situation of his daughter Kay ( Elizabeth Taylor ) and the altercations that are forced upon him and his wife, Ellie ( Joan Bennett ) when Kay candidly announces the news of her marriage to a mere stranger one night during dinner.

As the film progresses, Tracy’s narration takes the viewer on a journey through the many mishaps fuelled by the exorbitant costs of the ceremony and the events leading up to the wedding.

Father Of The Bride is a true depiction of real life circumstances and the troubles that most parents face when dealing with preparations for a wedding. In this case, Stanley Banks played by Spencer Tracy is the father who is disarrayed about losing the daughter he loves. As Stanley sits in an emotional state he realizes that he might no longer be the hero and oracle in Kay’s life now that she is married to a man she truly adores

From that moment on, Stanley provides us with his recollections and the details of the establishment of the opulent wedding that was causing his affluence to diminish. As the viewer who explores the current existence of this capsized family, we see the myriad of different sentiments that Stanley is inhabiting and the uncertainty about his future son in law and whether or not he is ideal marrying material for Kay. 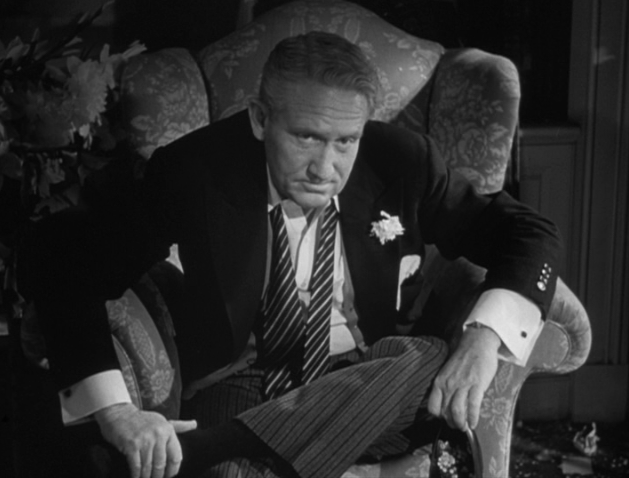 While Father Of The Bride spotlights a stellar cast, the film really belongs to Spencer Tracy. It is Stanley’s story that the audience is following, and it’s his experiences regarding the wedding that we are mostly familiar with. Without Tracy’s narration at the beginning of the picture, the film would not gel together; It is this astute bit of commentary that makes the story unfold.

Father of The Bride opened to triumphant results and attained three Academy Award nominations, but while it missed out on the Oscar, it requisited a position in the American Film Institutes top 1oo comedies of all time. The year following it’s release, a sequel titled Father’s Little Dividend came into production.

Helen Rose, who designed Taylor’s gown for the film, also designed the gown for her wedding to Nicky Hilton.

The June 10 date of Kay and Buckley’s wedding was a nod by Vincente Minnelli to Judy Garland who was born on June 10th. As coincidence has it, Spencer Tracy passed away on June 10th, 1967.