In a career that spanned fifty years, William Holden enjoyed a successful tenure in motion pictures, appearing in critically acclaimed productions that garnered him innumerable accolades for his memorable contribution and efforts .

Although Holden rose to stardom in 1939 when he was cast in Golden Boy, which starred his close friend and mentor, Barbara Stanwyck, it wasn’t until 1950 when he starred alongside Gloria Swanson in Sunset Boulevard that Holden’s status would ascend to an even higher pinnacle.

Following the success of Sunset Boulevard, William Holden was firmly cemented as an actor who could portray any role from characters with a cynical detachment to amiable comical personalities in light hearted comedies, but whatever part William Holden was required to play he always graced the screen with his masculine features and lush sex appeal. 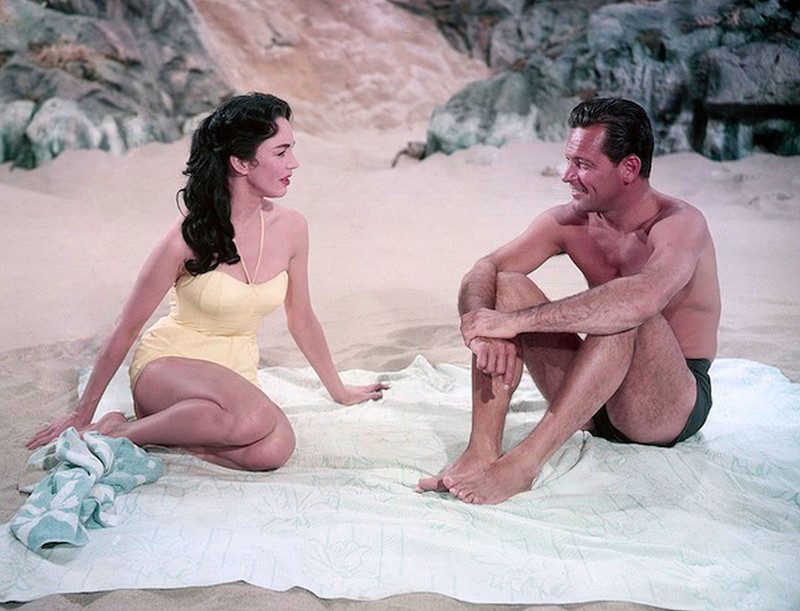 In 1955 William Holden eluded the extreme popularity that he was enduring in the United States to travel to Hong Kong to face an ever greater deluge of reporters and fans who constantly besieged the Peninsula Hotel where he stayed with co-star Jennifer Jones while he was filming his latest assignment titled, Love Is A Many Splendored Thing, which was inspired by the real life memoirs of Han Suyin, the notable Eurasian physician who found true but forbidden love in a married war correspondent who was based in Singapore. 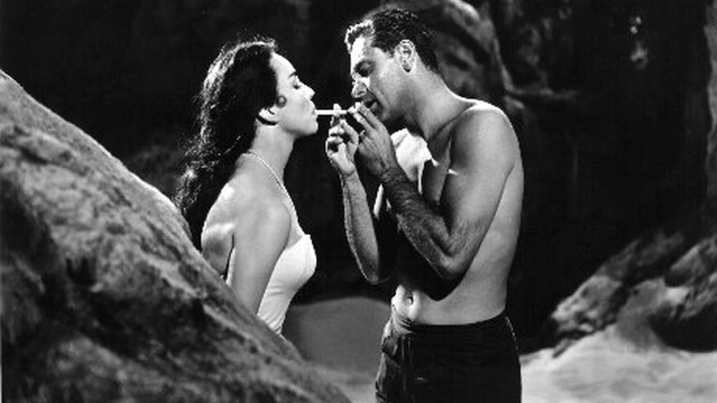 Han Suyin’s famous novel, A Many Splendored Thing was published in 1952 and immediately became a best seller. A few years later Twentieth Century Fox producer, David Brown purchased filming rights to the novel, but shortly after Brown left the company and Buddy Adler attained ownership of the project.

Despite the fact that the film is an accurate depiction of the events and the love affair that dominated part of Suyin’s life, the real name of the journalist that pursued Han Suyin was Ian Morrison who hailed from an affluent family of writers in Australia. His father was the Geelong born George Ernest Morrison was an adventurer and reputable correspondent for The Times while his mother Jennie Wark Robin worked in the secretarial industry.

The on-screen relationship between William Holden and Jennifer Jones was certainly a lot different to the animosity that they endured off-screen. In the film the two had a powerful magnetic chemistry that was enriched by their deep intense infatuation, but away from the camera the ambience that surrounded them was dark and moody which was fuelled by the couples profound hostility towards each other. For most part of the production William Holden barely uttered a single word to Jennifer Jones and when a conversation did evolve it usually ended in a dispute. Holden later complained that Jones who was obsessed with her performance chewed garlic every time they were required to shoot a love scene. All this was a complete turn off for William Holden and he never did make Jennifer Jones one of his sexual conquests. However Holden constantly tried his hardest to develop a warm rapport with Jones, even going as far as presenting her with white roses, but Jones who didn’t want any cordiality threw the flowers in his face, forcing the two to never make amends.

After a duration of three months the filming of Love Is A Many Splendored Thing was completed. Throughout that period William Holden occupied his time by becoming acquainted with the area and exploring the picturesque scenery of Hong Kong. In addition to his work on the set Holden developed a passion for partnerships in business and started canvassing around the exporting, importing fields as well as delving into aviation and radio stations. He was impressed with what he discovered and invested in one of the radio stations he visited. Around the same time he bought a piece of land situated in Port Dickson in Malaysia, and hoped to retire there in the future.

Love Is A Many Splendored Thing was directed by Henry King and adapted to the screen by the eminent dramatist, John Patrick. The film stars William Holden and Jennifer Jones in the central roles of Mark Elliot and Han Suyin. 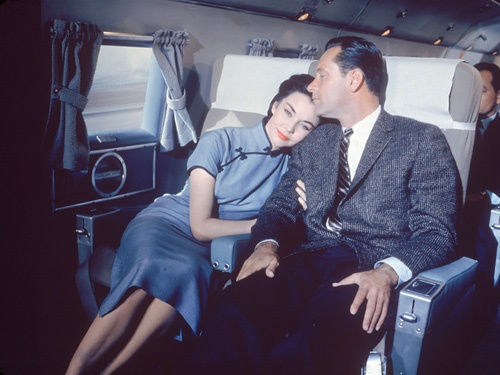 Superbly crafted and based on real life events, Love Is A Many Splendored Thing chronicles the triumphs, interracial prejudices and the personal and emotional struggles that Han Suyin ( Jennifer Jones ) ensued when she met and fell in love with Mark Elliot ( William Holden ) an American war correspondent who was residing in Hong Kong during China’s Civil War. 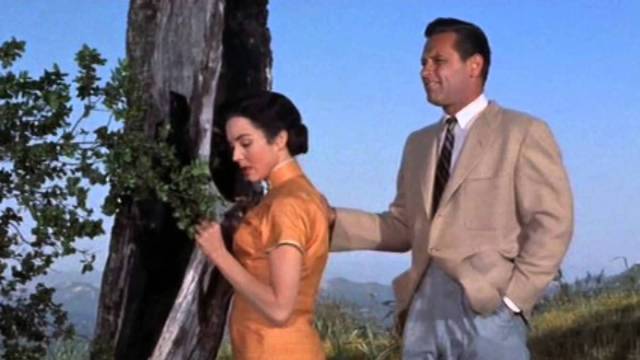 Love Is A Many Splendored Thing is often criticized for being too sentimental, but in truth the film is pulled together by it’s two strong leads who adorn the screen with their poignant and melancholic romance.

Both William Holden and Jennifer Jones are perfectly cast as the young couple who share a deep abiding love for one another, but are faced with hindering obstacles along the way due to interracial circumstances. Han Suyin is a Eurasian doctor who tries her hardest not to break the tradition by getting involved with a foreigner, but as much as she implores Mark that she must not see him she can’t help becoming captivated by his alluring charm and tenderness.

As the films title reads love is indeed splendid, but sadly for Han and Mark their love was tormented by the interracial prejudices that they faced and the abandonment of the promising future they yearned for when Mark suddenly receives a telegram that states that he must leave for Korea at once to report to work on a war assignment. This leaves a huge emotional burden in the life of Han Suyin who continues to write to Mark, but when she hears of his fatality during the Korean War her emotions are magnified as she tries her hardest to come to terms with this now tragic catastrophe that is overshadowing her current existence and being. 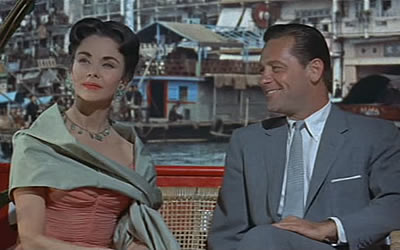 The film is accompanied by Leon Shamroy’s masterful cinematography and the glorious and luscious backdrop of Hong Kong along with Alfred Newman’s heart-warming, Academy Award winning musical score that became no. 1 in the charts. 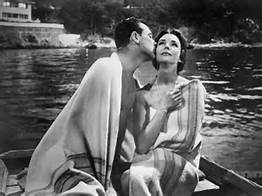 If it weren’t for Barbara Stanwyck the legend of William Holden may not have materialized, but thankfully to Stanwyck who witnessed potential in the young star, audiences worldwide are now left with endless hours of entertainment which is brought to us by the artistic genius known as William Holden, who left an indelible mark on cinema history. 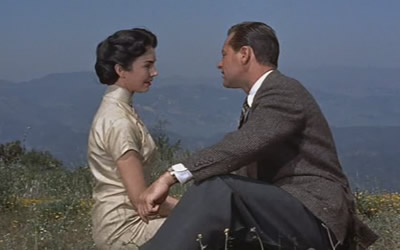 For his beach scene with Jennifer Jones, William Holden shaved the hair from his chest in order to get the “clean-cut” look supposedly favored by female moviegoers.

The aircraft that returns Mark to Hong Kong is Pan American World Airways N6535C, named “Clipper Mercury”. It was a Douglas DC-6B, which entered service in 1952 and left service in 1961. 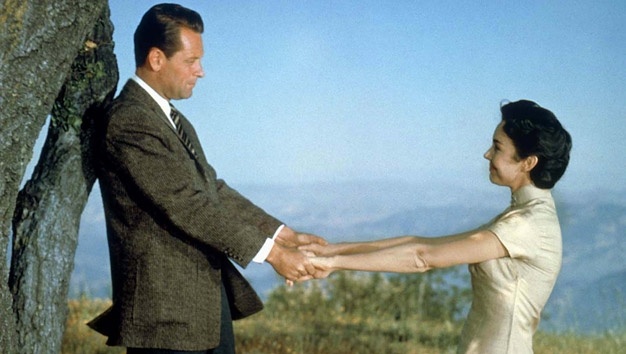 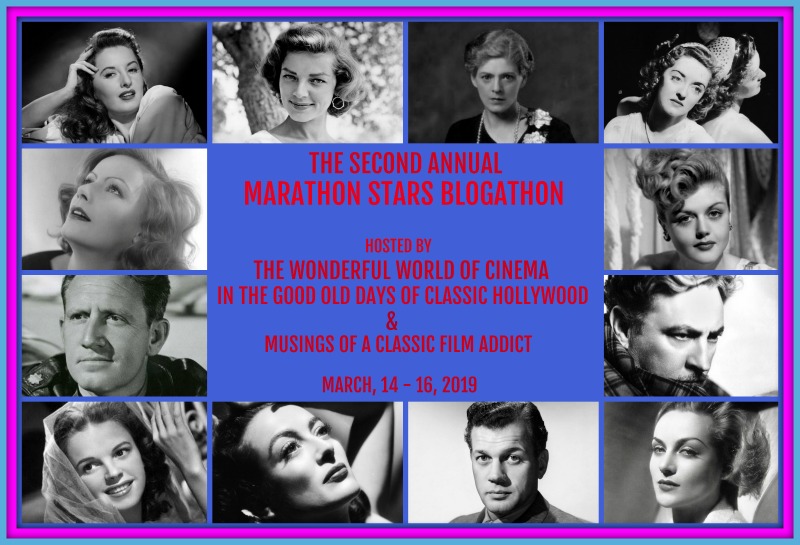 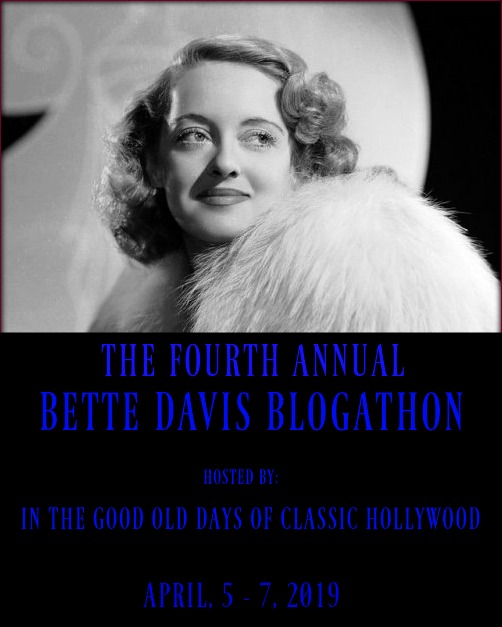 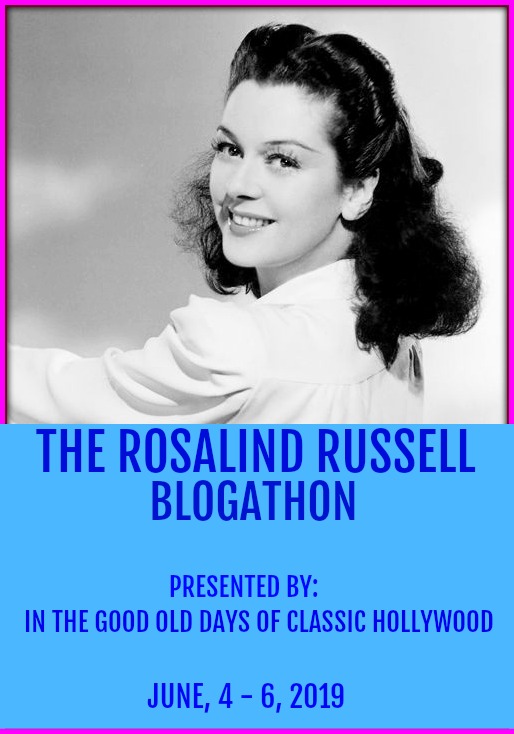 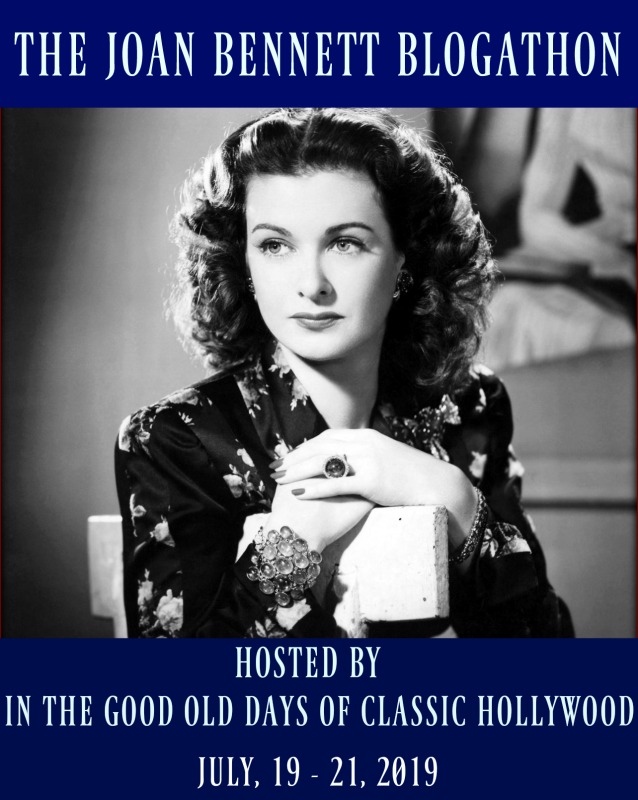