The history of cinema dates as far back as 1878 to the days of Eadweard Muybridge and his first experiment of real life motion with a horse. As the years progressed, the art of movie making flourished. In 1888, the very first movie was recorded, a two second long short film titled “The Roundhay Garden” by inventor Louis Le Prince. The movies would not be what they are today, if it weren’t for Thomas Edison, and his successful attempt at creating a motion picture camera that would lead to the birth of the movies, and his Black Maria production company. Although back then the films were only seconds long, which would gradually increase in time. One of the most enduring images from the history of cinema, is the footage of the moving train by The Lumière Brothers in 1896.  The duration of film expanded in the early years of the twentieth century, and when the D. W. Griffith silent epic “Birth Of A Nation” was released, motion pictures had reached great heights.

By the time the 1920’s approached, the movies took on a new level, and were now one of the most reliable sources of entertainment. With the growing populace, films employed a masterful technique with different forms of technology being installed to enhance the productions. One of these methods was Vitaphone, the sound on disc system, which was first introduced on August 6th, 1926 in “Don Juan”, a distinguished masterpiece starring John Barrymore and Mary Astor. 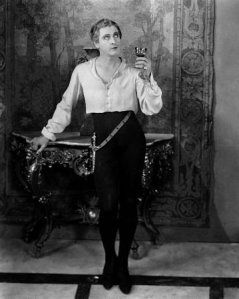 The Vitaphone system was used to create sound affects on films by using a wax disc playback machine to record music and sound affects to accompany the film footage. While this took the place, the film was projected so that the conductor could synchronize the music with the visual cues.

Vitaphone is known as the only successful sound on disc system, and after the triumph of “Don Juan”, the method was applied to innumerable feature films and 1,000 short subjects made by Warner Brothers and First National between 1926 to 1931, when talking pictures were fully established. 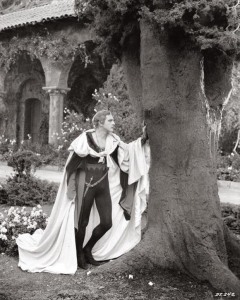 George Groves, who is known as the first music mixer in film history for his work in “Don Juan” took on the assignment. He was the one in charge of recording the soundtrack to the film and devising an innovative, multi-microphone technique and performed a live mix of the 107-strong orchestra.

“Don Juan” is one of the most eminent productions to ever come out of Hollywood, most notably for being the first commercially released movie to have synchronized sound affects and music score through the Vitaphone cinematic sound system. The film was directed by Alan Crosland, who was known for his prolific directorial efforts in an array of silent films, including “The Jazz Singer”, a production that would cement him as a virtuoso of his craft for his work in a movie that would change the course of motion pictures. It was written for the screen by Maude Fulton with assistance from Walter Anthony, and based on Lord Byron’s famous novel of the same name. Since it’s initial release, “Don Juan” has taken on many formats, which has evolved into many remakes and sequels, that would turn it into the greatest swashbuckling epic to ever be presented on screen. 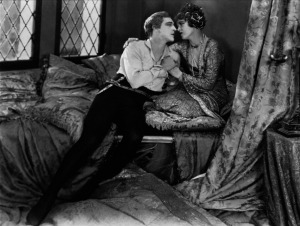 John Barrymore illuminates the screen and takes on duel roles in this perennial extravaganza about a libertine, who is pursued by a plethora of women, but falls in love with a convent girl. In the films prologue, young Don Juan witnesses his father, Don Jose ( Also played by John Barrymore ) entombing his wife’s secret lover behind a wall, and later being stabbed by one of his recently scorned females. Before he dies from the stab wound, he warns his son to be aware of giving his love to women.

Ten years later, Don Juan is now living in Rome, where he is chivvied by legions of women of the Roman aristocracy, including Lucrezia Borgia, who sends him an invitation to attend a gala. Juan accepts the invite, and when he arrives at the party, he encounters Adriana della Varnese ( Mary Astor ) who he immediately becomes enamoured by her charms. When Lucrezia discovers Juan’s affections for Adriana, she implores Adriana to marry the lecherous Count Giano Donati (Montague Love) or the Borgia’s will kill Adriana’s father, an Orsini and an enemy of the Borgia’s.  It’s up to the daring Don Juan to come to her rescue, but will he pull himself away from his own harem in time? 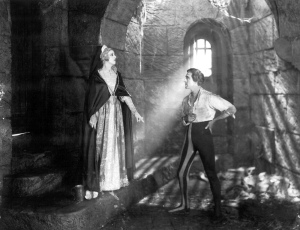 The entire prologue is almost a film itself, with lots of intrigue and tension as Don Jose’s wife tries to conceal her lover from her husband.  As Don Jose, ( Barrymore ) can barely contain his rage, and yet does so with maniacal glee, as he orders the servants to finish building the wall, knowing that the adulterer is hiding within.  There’s little of that evil found in Barrymore’s portrayal of son Don Juan, but one suspects it could be triggered at any time.  The actual “introduction” sequence of Barrymore as Juan is one of the film’s highlights.  With the help of his servant, Pedrillo (Willard Louis), Juan not only juggles three different women, but when the husband of one of the women shows up, Juan expertly diffuses the situation, getting a hearty thanks from the Marquis, to boot.  It’s a commendable sequence, with Barrymore showing terrific comedic timing while also allowing one to learn a great deal about his character.

The film also features young Myrna Loy in a small role as the Lady in Waiting. Even though her screen time is diminished in quantity, her performance is copacetic as she portrays the part of a character with a rather devilish aura. Mary Astor is exceptional, but she is mainly relegated to being the damsel in distress.  It’s Estelle Taylor as Lucrezia who has the juicy female role, and she is manically brilliant.  While her sequences with Barrymore are fine, her best work is when she’s simply plotting with brother Cesare Borgia (Warner Oland) and Count Giano Donati.  So much evil passed off as nonchalant conversation makes these characters even more deliciously despicable, and Taylor’s Lucrezia certainly holds her own with the two powerful men.

Alan Crosland uses some interesting camera movement during the long sword fight between Juan and Count Donati.  The camera moves along with the sparing enemies, sometimes actually becoming the opponent as a sword is lunged directly at the camera. The lunge is often parried by a sword coming from directly under the frame, and is a quite effective use of a first-person camera, particularly since Crosland does not carry the shots on too long.  Unfortunately, much of the fight is unnecessarily sped up (which, of course, reflects the times), but the staging is terrific, and Crosland gets every inch of excitement out of the sequence that he possible could.  This excitement is carried through during the films amazing climax, which has Juan single-handedly fighting of a regiment of guards, all of them on horseback.  Here some of the action is difficult to follow, but since so much is happening, bearings are found again, and if there is a fault to the sequence it’s that it is too short.  Aside form the action, Crosland is also quite adept at the drama and the sprinkling of comedy the film most certainly has.  The acting and editing of the intricate sequence where Juan juggles his three women is fascinating, for despite the intricacies of the scene, we maintain a sense of space, knowing the whereabouts of each of the women, their situation, and, of course, Juan and Pedrillo’s ever tightening predicament.  Crosland also uses lighting, particularly in the torture scene, to great effect, for it is the lighting of Barrymore’s face that enables him to go from “Hyde” to Juan in the same take. 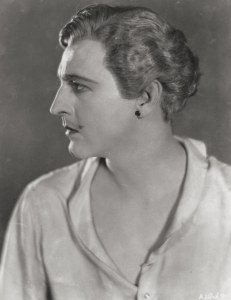 Don Juan plants 191 kisses on various females during the course of the film, an average of one every 53 seconds.

At the film’s premiere, Will Hays, the then “Czar” and censor of the industry, contributed an on-screen introduction, talking in synchronized sound, greeting everyone in the audience with “Welcome to a new era of motion picture.” After that, the New York Philharmonic was filmed playing the overture to “Tannhäuser”, violinists Mischa Elman and Efrem Zimbalist Sr., guitarist Roy Smeck, three opera shorts with Giovanni Martinelli Marion Talley and Anna Case, and then the feature. It was a huge success.

In the opening credits are “Inspired by the legend of the Greatest Lover of all Ages” and “A Warner Brothers Classic of the Screen”. 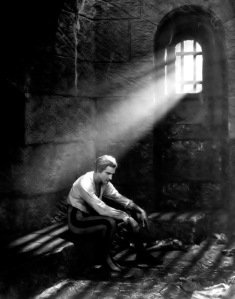 6 thoughts on “THE CLASSIC MOVIE HISTORY PROJECT BLOGATHON: DON JUAN (1926 ) AND THE INTRODUCTION TO VITAPHONE”