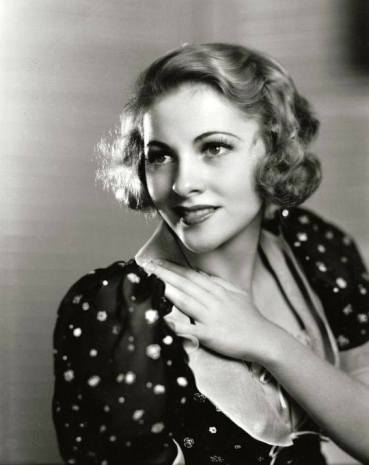 Today marks the 98th anniversary of the birth of Joan Fontaine, the famed actress who is primarily remembered for her indelible performance in the Alfred Hitchcock classic Rebecca, and for being the sister of Olivia De Havilland, one of the last surviving stars from the golden age of Hollywood. 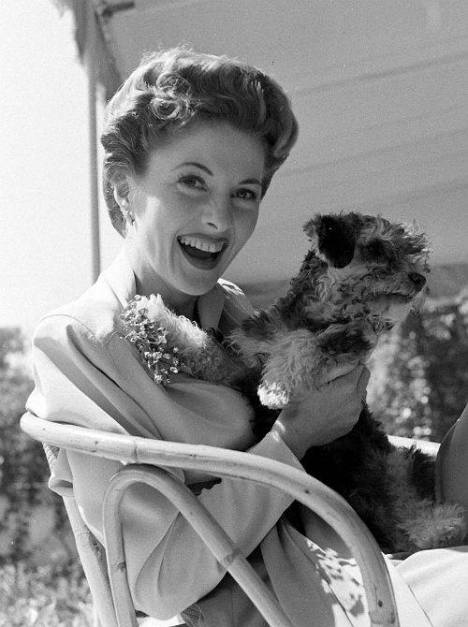 Joan de Havilland, made her star studded debut in this world on October 22nd, 1917 in Tokyo, Japan, to parents Walter Augustus de Havilland & Lilian Augusta. Although her parents already had their hands full with their eldest daughter Olivia, who was born a year prior in 1916, they were still ready to welcome baby Joan into the world. 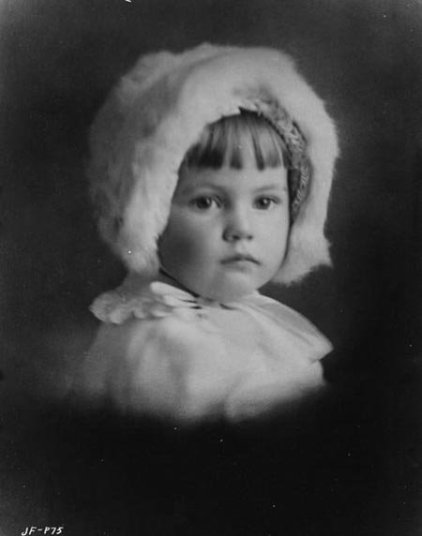 In 1919, two years after Joan’s birth her parents separated when Lilian discovered Walter’s sexual services of geisha girls. However the divorce wasn’t finalized until February 1925. After the separation the girls remained with their mother.

As a child Joan suffered from a myriad of illnesses such as Anaemia, Measles & Streptococcal Infection. After consulting a doctor who suggested they vacate to a healthy environment where the fresh air would improve Joan’s health, Lilian along with her two daughters packed up and located to the United States, where they settled in Saratoga, California. After living in Saratoga for a while, Joan’s health started to progress and soon she was fully recuperated and was able to participate in many day to day activities.

Joan enrolled at Los Gatos High School. Always astute academically, she settled in quickly at school & started to excel at each subject & eventually went on to receive high grades. While Fontaine was popular with the other students, she was never close to her Sister Olivia. The two had a relationship filled with enmity and sibling rivalry, which would exacerbate when the two reached the heights of stardom.

In early 1933/ 1934, Joan returned to Japan for a year to live with her father. While in Japan she was accepted as a student at the American School in Tokyo, where she once again flourished & graduated in 1935. Not long after her graduation the relationship with her father began to crumble, so Joan moved back to the USA to join her mother & sister.

After returning to the states, Joan decided to follow the same path as Olivia & pursue a career in acting. She began taking diction lessons along with Olivia, where she was taught to speak fluently and adopt the perfect speaking voice for drama. This only made Joan express a greater interest in acting & eventually it became a strong desideratum.

In 1935, Joan became acquainted to May Robson, an Australian actress who had recent success in Hollywood. Shortly after Joan changed her name to Joan Burfield, as Olivia was already using the family name and she didn’t want to interfere with her success. With the change of name, Joan made her first film debut in “Kind Lady” starring May Robson. Though she was barely recognized she still gave a commendable performance. After doing a screen test with MGM, Joan gave her feature debut in a Joan Crawford vehicle titled “No More Ladies”. Only a minor role, Joan was still elated to be appearing alongside Joan Crawford, who was an eminent star in Hollywood. 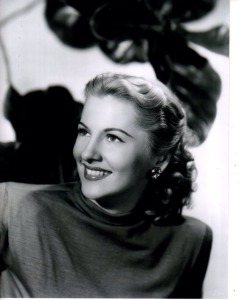 As 1935 progressed, Joan made her stage debut in the West Coast production of ” Call It A Day”, where she was spotted by RKO, who decided to sign the young actress to a contract. While under contract to RKO she appeared in several more minor roles including “A Million To One” & “Quality Street” starring Katharine Hepburn & Franchot Tone, who at the time was married to Joan Crawford.

Although still only a minor, RKO expressed considerable interest and considered Joan to be the next emerging star, so they cast her in the film “The Man Who Found Himself” 1937. This was Joan’s first starring role and RKO were hoping it would be a triumph. At the end of the film RKO gave Joan a special screen introduction, advertising the new RKO Screen Personality, where she was billed as Joan Fontaine. On the release the film received mixed reviews. Most of the positive reviews were pointed directly at Joan. Kate Cameron stated in The New York Daily News that “Miss Fontaine is as blonde as Miss Olivia de Havilland is dark, but she has the same charm and poise which makes her sister one of the most promising younger actresses in Hollywood.”

After “The Man Who Found Himself” Joan was cast opposite Fred Astaire in ” A Damsel In Distress”. Astaire’s first RKO film in which he didn’t appear alongside Ginger Rogers. Sadly the film was panned by critics and was soon forgotten by audiences. With the deficit success of “A Damsel In Distress” RKO lost interest in Joan and started to place her in several more short roles, without much recognition. In 1939, she was cast in the role as Peggy Day in “The Women”, a Joan Crawford & Norma Shearer vehicle. The film was a financial success and was cited one of the best films of the year, but Joan only playing a small part failed to receive many accolades. When Fontaine’s contract expired in 1939, RKO decided not to renew it as her current status at the box office was declining.

In 1939, Fontaine married Brian Aherne, in Del Monte, California. This was the first of four marriages. The couple were married for six years until they divorced in April 1945.

It was at a party that would eventually lead to her getting her big break. As luck would have it, Joan was seated next to David O Selznick, who began discussing the Daphne du Maurier novel “Rebecca”. They were in the works of making a movie based on the novel & David suggested Fontaine audition for the part of the second Mrs de Winter. Joan agreed. What she wanted was a successful picture, so she endured a grueling six month schedule of film tests along with many other hopeful actresses. Not long before her 22nd Birthday, Joan received the news that she had attained the part in the upcoming movie.

In “Rebecca” Joan was cast opposite Laurence Olivier, in the role as Maxim de Winter. Directed by Alfred Hitchcock, in his first American film debut. On it’s release in 1940, the film proved to be a huge success, opening to critical acclaim. Garnering Two Academy Awards, including best picture and earning Joan her first Academy Award nomination. Today the film is considered one of Hitchcock’s finest works and is known for it’s spectacular cinematography and the true art of movie making.

In 1941, after the success of “Rebecca” Joan was cast in another Alfred Hitchcock movie “Suspicion” starring Cary Grant. The film was an immediate success and drew critical acclaim at the box office and this time Joan took home the Oscar for best actress.

In 1943, she received her third Academy Award nomination for her portrayal of Tessa Sanger in “The Constant Nymph”. Joan later stated that the role of Tessa Sanger remains a personal favorite of hers. Joan’s next film was “Jane Eyre” an adaptation of Charlotte Bronte’s novel, in which she appeared alongside Orsen Welles. Although there are a few remakes of “Jane Eyre” the 1944 version remains the most successful and Fontaine delivered a touching portrayal of Jane Eyre.

As the 1940’s progressed, Joan was cast in a plethora of major productions including “Ivy” and “Letter From An Unknown Woman”. Both pictures drew efficacious acclaim at the box office and Joan received many positive reviews.

Joan married her second husband William Dozier in May 1946 in Mexico City and 1948 saw the birth of her daughter Deborah Leslie, her child with William. Not what you call a happy marriage, the couple separated in 1949 and the following year Joan filed for divorce and Dozier was charged with desertion. On November 12th, 1952, Joan married Collier Young, a successful producer and writer. Again the marriage didn’t last and Joan filed for divorce in November 1960, although it wasn’t finalized until January 1961.

With her decline in motion pictures in the 1950’s, Joan started appearing in several stage productions and television. In 1954, she starred in the Broadway production “Tea And Sympathy” opposite Anthony Perkins, who would later be known for his portrayal of Norman Bates in Hitchcock’s “Psycho” 1960. “Tea And Sympathy” put Joan back on top of the ladder for her outstanding performance and went on to receive many glowing reviews.

During a vacation to South America in 1951 to attend a film Festival, Joan adopted a four year old Peruvian girl named Martita. After the first meeting with Martita in Incan ruins, Joan felt sorry for the girl and wanted her to have a long fulfilled life. Later the parents allowed Joan to become Martita’s legal guardian. In January 1964, Joan married for the fourth and last time to Alfred Wright, Jr in Elkton, Maryland. The marriage started off alright, but eventually it began to dissolve and they divorced in 1969.

In the 1960’s, Joan appeared in several more stage productions and various film and television roles, some which were of moderate success. One of her greatest achievements in the later years was for the soap opera “Ryan’s Hope” where she was nominated for an Emmy Award. After her last film “Good King Wenceslas” in 1994, Fontaine decided to retire.

With a career spanning almost sixty years, Joan Fontaine remains one of the brightest and most amiable stars to ever grace the silver screen. Sadly Joan Fontaine passed away on December 15th, 2013 at her residence in Carmel, California.